By the invitation of the Ministry of Employment and Labour Relations, a delegation of the “TUMO” Center for Creative Technologies visited Uzbekistan from March 1 to March 4.

During the visit, the TUMO Center delegation took part in meetings the heads of the Ministry of Employment and Labour Relations, the Ministry for the Development of Information Technologies and Communications, and were introduced to the activities of the Directorate of the Technological Park of Software Products and Information Technologies (IT-PARK) and the Monocenter for assisting the unemployed population “Ishga Markhamat”.

By the end, a Memorandum of Understanding was signed between the Ministry of Employment and Labour Relations and TUMO Center for Creative Technologies with the aim of launching a TUMO Center in Tashkent. 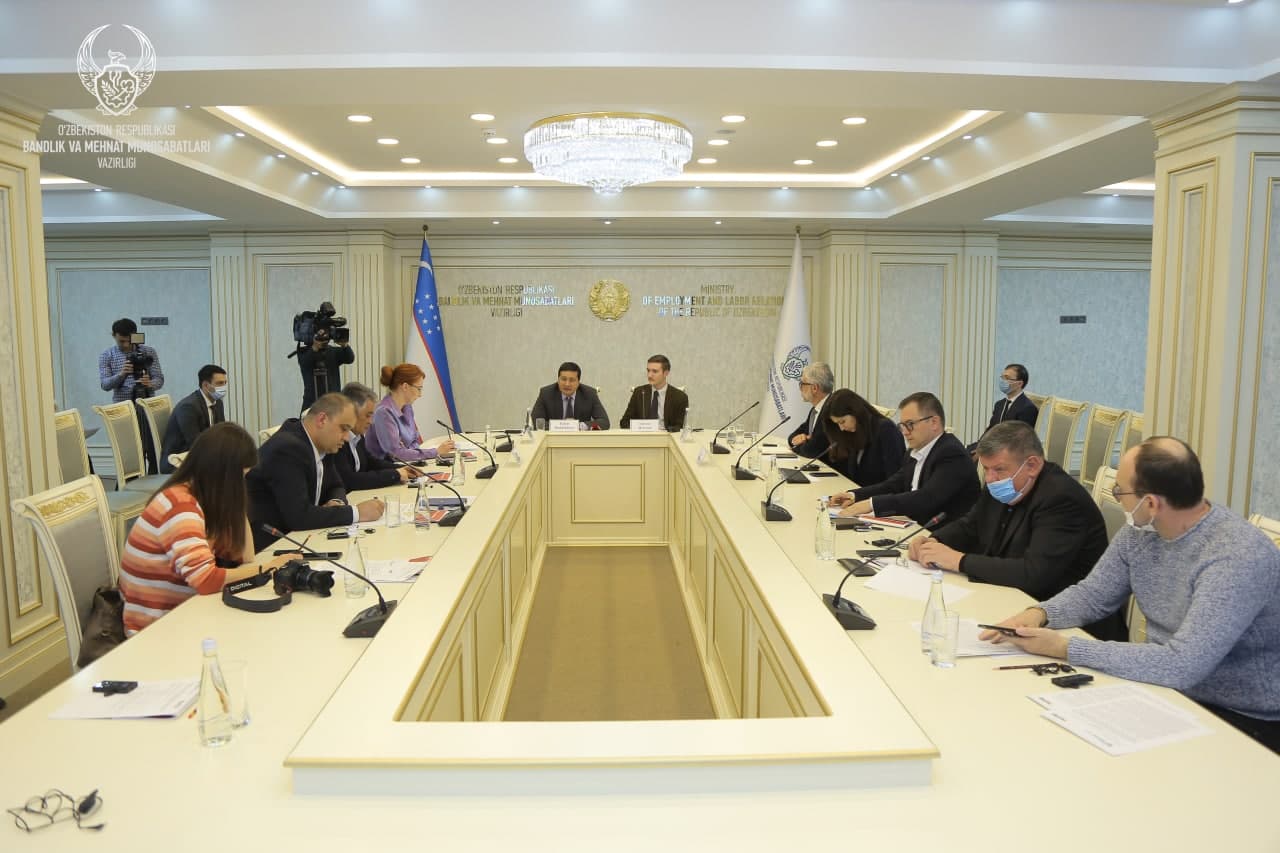 At the event, the First Deputy Minister of Employment and Labour Relations E. Mukhitdinov made an official speech, where he noted: “For this year the Ministry of Employment and Labour Relations has an ambitious task to train at least 70 thousand young people in professions that are  demanded in the labour market. Also, this project of Center TUMO will solve the key task of training annually 1200 young specialists in the field of creative technologies at the age from 12 to 18. The training will be free of charge, moreover, a scholarship will be provided for the period of study in these courses.

In addition, we are currently negotiating with national partners to expand the audience of students of the TUMO Center in order to involve schoolchildren and young people aged 18 and over”. In turn, Franchise Development Director of Center for Creative Technologies TUMO in Yerevan, S. Hescock, noted: “In Uzbekistan, as well as in the whole world, there is a massive demand for talented individuals and there is a very big gap between that demand and the existing supply. So, during our conversations over the last two days, we have been very impressed by the scale at which the Government is addressing this issue, also from the prospectives of education of high tech and labour. The Ministry of Employment and Labour Relations has very agressive and very bold goals, which we applaude and are honored to be a part of it, even in a small way.

What we are doing here today is the beginning of a relationship that will last for many years and by the end of it will impact thousands of young Uzbek individuals who have better fluency in digital technologies, access to creative industry and ultimately access to the global economy, that is based on the Internet and not based on transporting goods, services or people to other countries. We think this is a fantastic step forward for the global economy generally, and we are excited to partner with Uzbekistan to build capacity towards that goal”. This initiative is being implemented in pursuance of the order of the country head, given during a visit to the Yunusabad district, Tashkent in January this year. During this meeting, in order to improve the system of training youth in the field of information technology in accordance with the requirements and standards of leading international companies, the Ministry of Employment and Labour Relations was instructed to open TUMO Center for Creative Technologies on the basis of the Yunusabad Machine-Building Professional College, where annually more than 1200 young people will be trained in professions in demand in the information technology market with subsequent employment.

At the end of the event, S.Hescock thanked the Uzbek side for the warm welcome and noted,
“I am very glad that the next TUMO Center, besides Yerevan, Beirut, Paris, Berlin, Tirana and Moscow, will be Tashkent. This will be the first TUMO Center in Central Asia”. 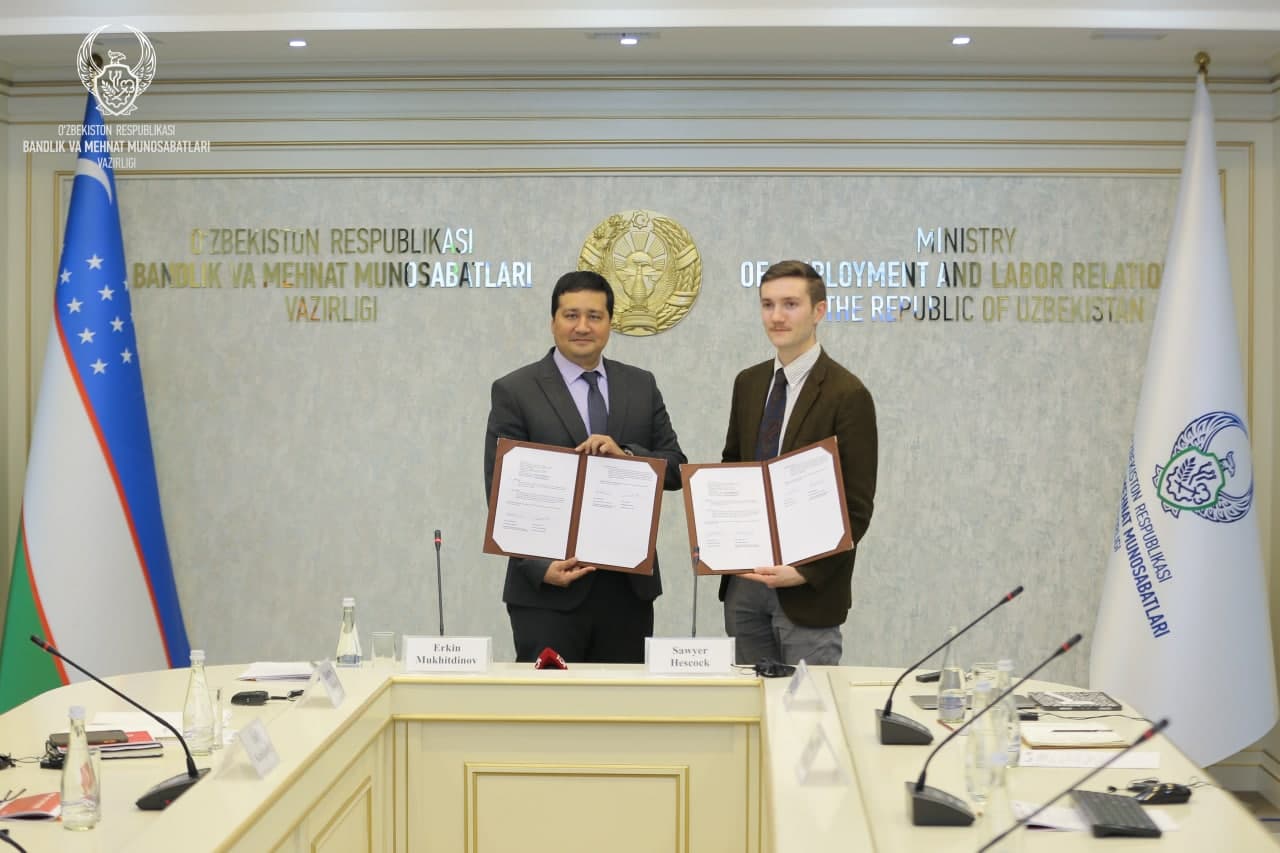 For information: TUMO Center is an innovative educational platform that trains young people for practical activities in the field of creative technologies. Specialized courses, lectures and events provide students with the opportunity to apply their knowledge and skills in daily life. The main goal of the Center is to identify and develop the full-fledged creative potential of young people in the field of IT.

The center was founded in 2011 in Yerevan, Armenia. Besides Armenia, TUMO Centers also operate in Paris, Beirut, Moscow, Tirana and Berlin. Trainings are carried out in 14 areas that are in demand in the modern global labour market, such as: graphic design, 3D modeling, programming, robotics, web development, film production, etc.

In 2016, TUMO Center for Creative Technologies topped the list of innovative schools in the world compiled by French magazine We Demain, beating AltSchool in Silicon Valley, Kindergarten in Tokyo and Steve Jobs School in the Netherlands.

The Center is the recipient of the “Implementation of the Digital Century” award, which was presented at the World Congress on Information Technology (WCIT) Forum in February 2018 in Hyderabad, India.

The TUMO Center received the 2019 Europa Nostra Award for education, training and the digitization of cultural heritage. The prize is awarded to organizations and individuals who have made significant contributions to conservation, scientific research and for their dedicated service.