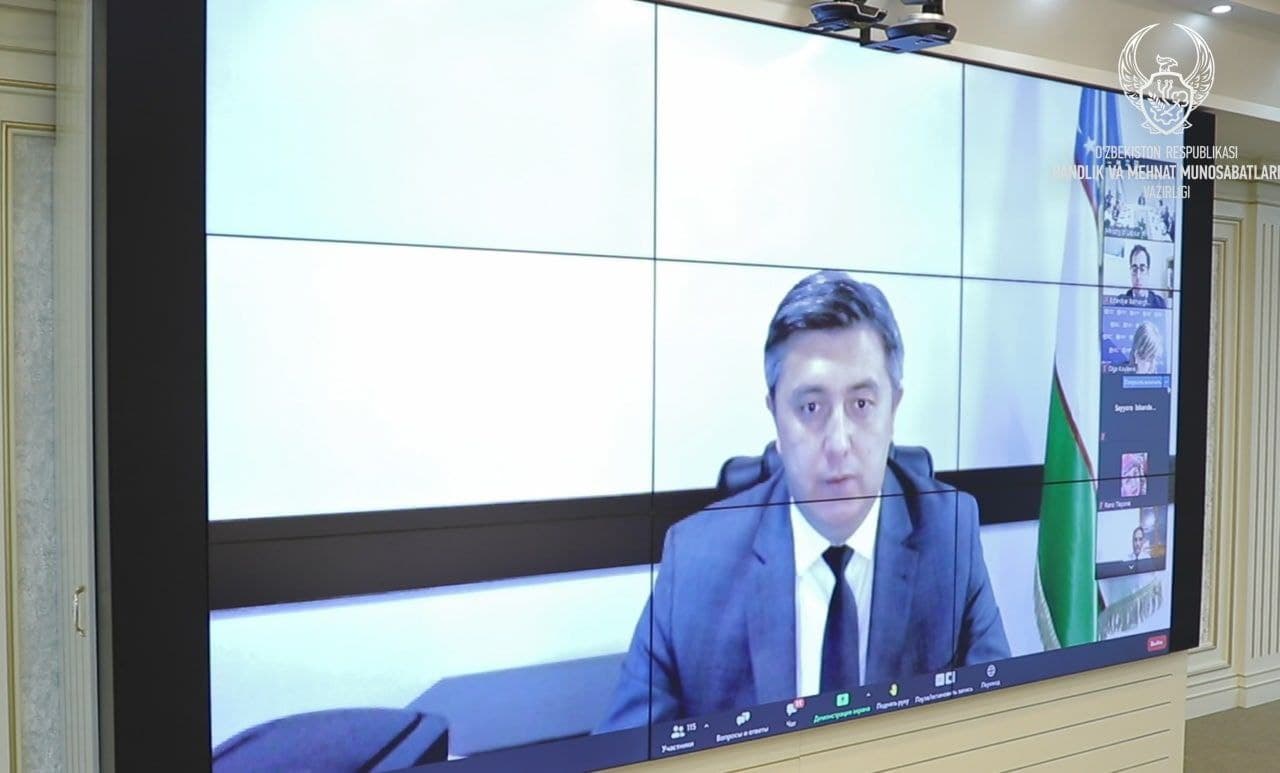 During the event, the government of Uzbekistan has launched a new 2020 report, “Labour Rights Enforcement in Uzbekistan”. The Minister of Labour Nozim Khusanov heralded the report as a sign of the Uzbek government’s commitment to “transparency and accountability” in key regulatory reforms.

Published by the Ministry of Employment and Labour Relations, the report presents time series data on the size and activities of the State Labour Inspectorate, the body responsible for monitoring and enforcement of labour regulations.

“We have published this report to mark the significant progress we have made in protecting the labour rights of Uzbek workers. Furthermore, we also wish to be transparent about our targets and make it possible for civil society and international stakeholders to hold us accountable as we push for continuous improvement,” stated Nozim Khusanov.

The report provides an annual overview of efforts to strengthen labour laws and regulations, updated information on the structure and management of key bodies responsible for labour rights enforcement, and data on the monitoring, investigation, and outreach activities of the Ministry.

Outreach campaigns intended to educate Uzbek workers about their rights and to empower them with means to report violations have resulted in a steady increase in formal complaints about issues such as non-payment of wages, workplace accidents, and forced labour. The labour inspectorate received nearly 27,000 total complaints in 2020, up from 15,000 in 2018.

As Deputy Minister of Labour Nodir Yakubov has noted during the report presentation, the compiled data shows a significant increase in the capacity of the State Labour Inspectorate to investigate such complaints and take further actions.

Investigations of potential labour rights violations by companies totaled nearly 16,700 in 2020, up from just 5,600 in 2018. These investigations were conducted despite the logistical challenges posed by the COVID-19 pandemic, a period when Uzbek workers were especially vulnerable to exploitation. 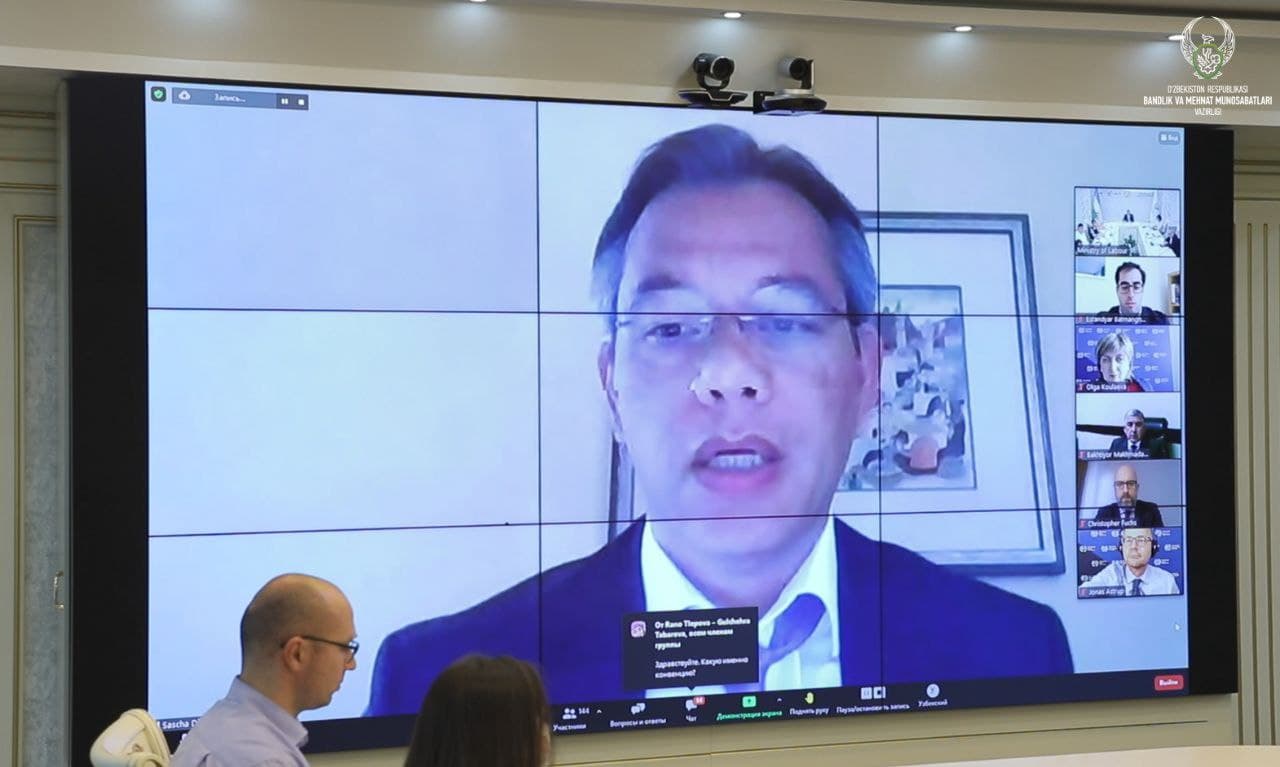 In accordance with ILO and US State Department recommendations, as well as the requirements of the Labor Inspection Convention #81 and #129, ratified by Uzbekistan in 2019 and entering into force in 2020, a draft presidential decree was initiated jointly with the responsible ministries and agencies. This draft provides for improving the structure of the State Labour Inspectorate and further increasing the number of labour inspectors. 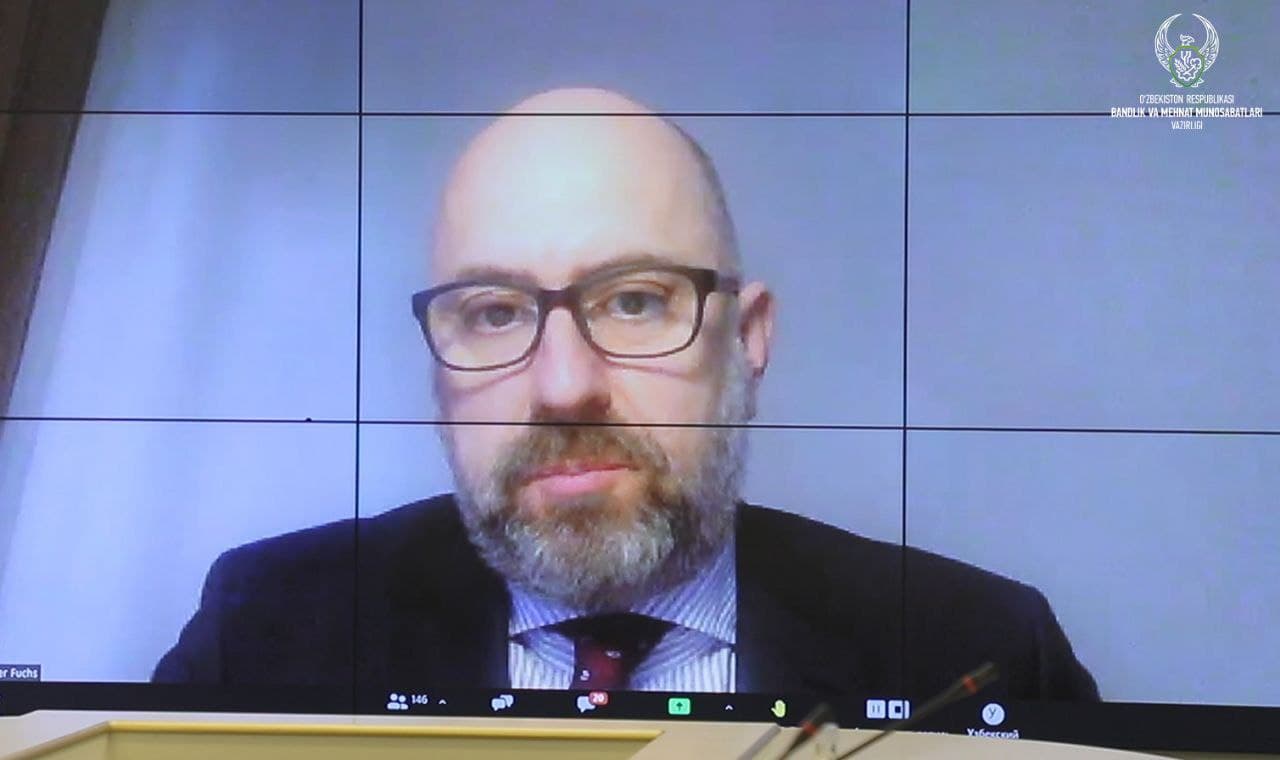 The Ministry of Employment and Labour Relations continues to benefit from technical assistance from the international organizations and partner countries in the area of labour reforms. The report was launched featuring the participation of Sascha Djumena, World Bank Country Program Coordinator, Olga Koulaeva, Director of DWT/CO for Eastern Europe and Central Asia of the ILO, representatives of the diplomatic corps, Council of the Federation of Trade Unions, the State Labour Inspectorate, civil society, local and international mass media. Participants shared their opinion on the results given in the new annual report, as well as stated their further expectations from the government of Uzbekistan. It is planned to publish and present such a report on an annual basis.

The e-version of the report can be downloaded here.